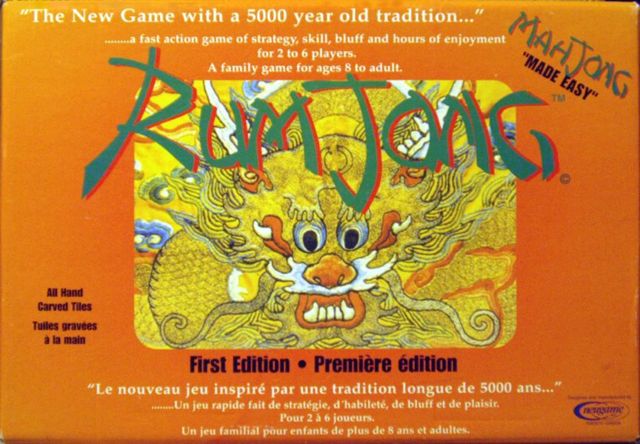 Rum Jong the new game with a 5000 year old tradition.

Rum Jong is a game derived from its similarities to Gin Rummy and Mah Jongg.

Rum Jong characters are easier to learn than Mah Jongg characters, and the rules of the game are simpler.

As with Mah Jongg, the game of Rum Jong has its roots in China and is comprised of 124 carved tiles of different suits and symbols.

The tiles are collected and discarded by players one by one as they try to build sets, much like Gin Rummy, until one of the players acquires a winning hand.

Players may join or leave at the beginning or end of any hand.

Rum Jong is a fast and exciting game than can be played between 2 to 6 players and appeals to all ages.

It can be a family game, a teen game, an adult game, or solitary pastime.

This is a family game to be played by old & young alike!